Researchers from South Africa including RA member Oonsie Biggs, collaborated with others to develop a set of positive visions for the future of southern Africa based on existing initiatives called "seeds".

Using a participatory workshop approach the team of authors collaborated with scientists, artists, and practitioners to develop and analyze positive visions of the future that are based on "seeds of good Anthropocenes". The seeds represent existing local initiatives that have been identified for their potential for bringing about positive change, including experiments, actions, and organizations that can possibly be scaled up. A set of seeds from the region formed the basis of four future scenario narratives that were further developed using the three horizons framework to identify potential pathways to these futures. The novel methodology yielded numerous insights and emphasizes system strengths over more traditional problem-centric approaches to developing future scenarios.

Addressing uncertainty in adaptation planning for agriculture Navigating the Anthropocene: Improving Earth System Governance The Anthropocene: From Global Change to Planetary Stewardship Toward An Integrated History to Guide the Future Three necessary conditions for establishing effective Sustainable Development Goals in the Anthropocene 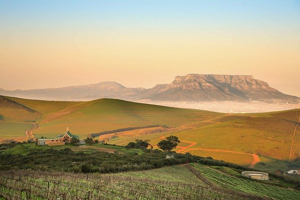